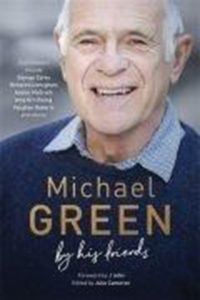 Michael Green
by his friends

Michael Green, who died last year, was a man of rare gifts. An evangelist, a scholar, a priest, a writer of apologetics and a leader in Anglican charismatic renewal, his influence, like that of his contemporaries David Watson and John Stott, has helped to change the church. This collection of essays takes us through all of his life, illustrating how being a faithful minister was costly to him and his family. He was a man who was infectious in his love for his Lord, giving out copies of his evangelistic books as he lay in hospital in his final weeks. The influence he had on evangelists was impressive – he wanted evangelism to appeal to both the head and the heart. He was a mentor to Britain’s best known evangelist, J John, who writes movingly about Green’s influence on his life in the foreword. Green was a man of great contradictions – humble, yet sometimes so determined that he did not fully listen to the concerns of others.  True saints often do have clay feet but, if they are obedient to their Lord, they can achieve much in the power of the Holy Spirit.