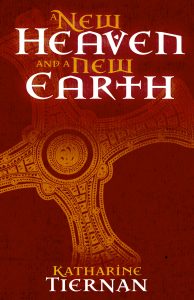 Subtitled ‘St Cuthbert and the conquest of the north’, this fine historical novel is the third of a trilogy which traces the influence of the Celtic saint on the development of the English church in Northumbria.  Set in the years after the Norman conquest, the narrative portrays an age of violence and turmoil through the eyes of three historical characters: the monks Thorgot and Aldwyn – two committed men of contrasting character; and Edith, the wife of the Saxon Dean of Durham.   Following the conquest there was tyranny and bloodshed in the north, as William the Conqueror’s Norman soldiers ruthlessly laid waste to the land.  As one character remarks, ‘the four horsemen have been loosed upon us – death, war, famine and pestilence.’  From the title onwards, there are many allusions to the book of Revelation, as tension mounts between the Saxon heritage and the materialistic new Norman bishops and rulers – representing highly contrasted strands of Christian thought and practice.  Ultimately, as Norman rule is consolidated, the vision of a new heaven and a new earth takes shape as the foundations of Durham Cathedral are laid. Strongly recommended.