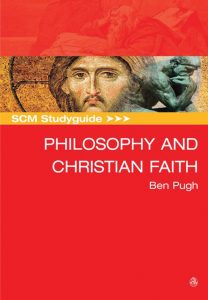 This contribution to the SCM Study guide series would be a useful tool to anyone studying, teaching, or simply wishing to have an over-view of the philosophy of religion. The book’s structure is chronological, starting with Plato, ending with postmoder-nism, and setting the various ideas in their historical and religious (mainly Christian) contexts with admirable clarity. This is but one respect in which it differs from the many lamentably poor textbooks recently published for A level use, which take a thematic approach, and present each topic in a muddled way and with little reference to context. Here, the author is particularly successful in showing how, although philosophical ideas and religious beliefs increasingly clashed from the early modern period onwards, neither philosophy nor the scientific method should in themselves be seen as threatening to belief. Not only can any Christian learn much that is positive from engaging with philosophy, but in recent years there have emerged many eminent philosophers of religion whose ideas are informed by a robust Christian faith. In such an overview, each section is inevitably rather brief, but an impressive range of names and ideas is covered with special sections helpfully set aside for discussion and reflection.