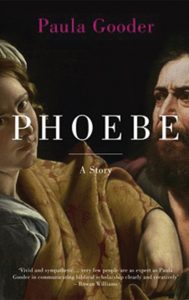 This is a clever book which delights on two levels. It is first a fictional narrative, based on the imagined but plausible life story of Phoebe, the deaconess named in Romans 16.1 as the emissary who delivered Paul’s great letter to the city of Rome. Gooder, well-known for the excellence of her scholarly biblical studies, reveals herself as an accomplished writer of fiction, producing a charming and entirely believable tale of first century Rome. She brings many names from the New Testament Church into plausible roles. But if the story is good, the commentary is better, and one suspects this is Gooder’s prime purpose. The second half of the book is essentially a companion volume of facts and analysis, providing a thorough grounding in the character of the early Church and the culture of the Roman Empire. It guides us through Paul’s theology, the background to his travels and imprisonments, and shows how Paul’s writings reflected the turbulent society of the first century. I strongly recommend this book, which will both entertain and inform.