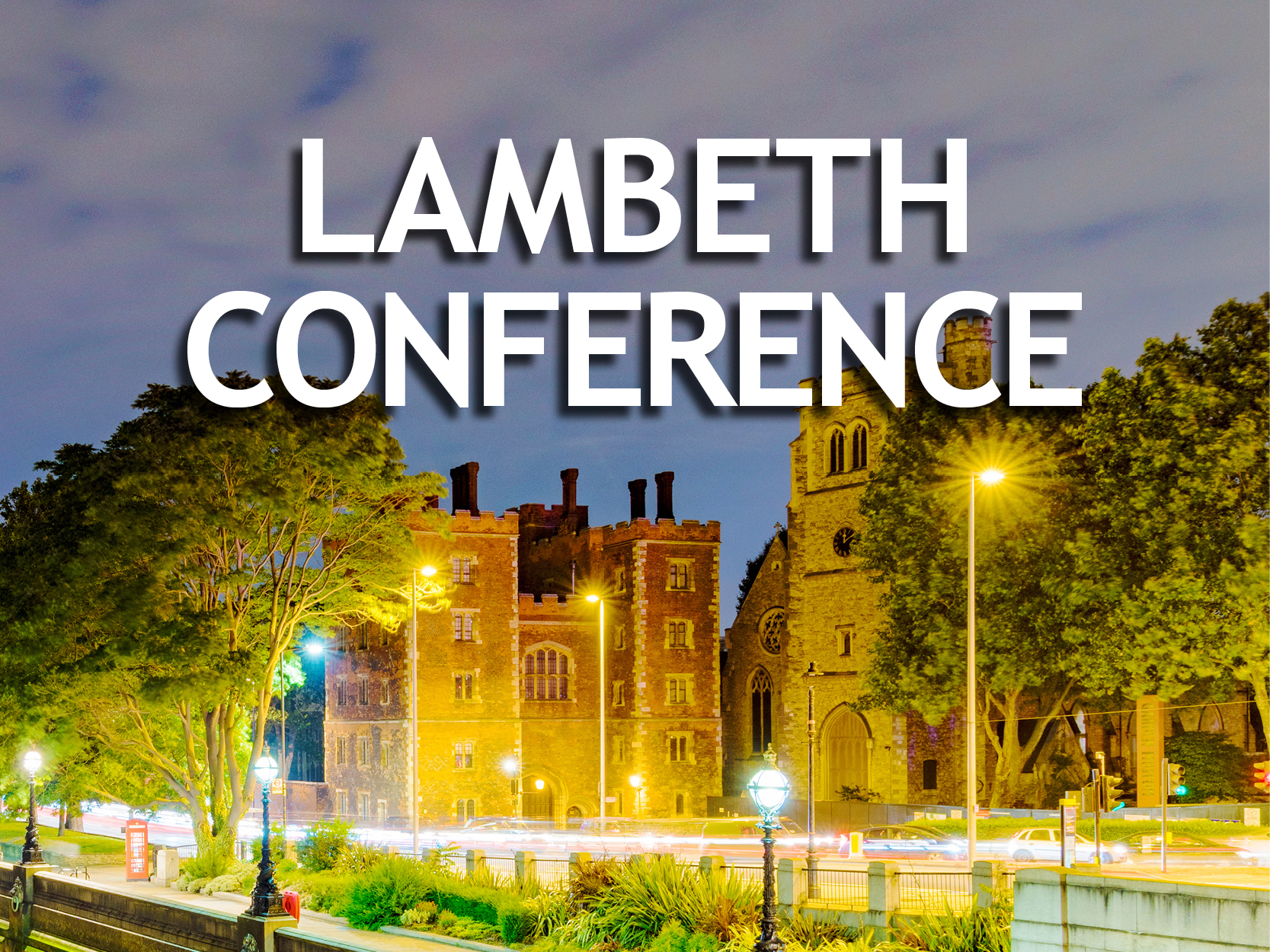 On 27 July, the Lambeth Conference, comprising hundreds of Anglican Bishops from around the globe, will open in Canterbury – the first such meeting since 2008. It was scheduled for 2020, but has of course been delayed by Covid. The bishops meet at a time when the world faces a ‘perfect storm’ of crises: pandemic, war, economic instability, climate change and a world-wide displacement of refugees. We must therefore pray that from this conference the leaders of the Anglican church will create a wise and discerning culture to inspire Christians across the world to help in healing our planet. It has never been more important to pray for the church and for the world.

The planners and organisers of the Lambeth Conference have prepared the ground for the bishops by producing a programme based on scripture, prayer and diverse theological discussions. Bible studies will focus on The First Letter of Peter, the commentary edited by Jennifer Strawbridge (SCM Press), which was reviewed in Transforming Ministry, Autumn 2020 [20.3, p.29]. Other special literature has been written, providing the collected thoughts and discussions of Anglican theologians from different cultures and traditions. These papers cover evangelism and witness; prayer and spirituality; and reconciliation – key themes which augment the marks of mission. They describe the realities of Christian life across the globe in all its diversity and liveliness, its agonies and concerns and its different priorities.

The documents have been published as three books, entitled ‘Walking Together’, ‘Witnessing Together’ and ‘Listening Together’. All are edited by Muthuraj Swamy and Stephen Spencer and published by Forward Movement (an American publisher linked to the Episcopal Church) on behalf of the Anglican Communion. They are reviewed below. The price shown on the publisher’s website is $15 for each volume; different prices may apply from other booksellers. More details are available at www.forwardmovement.org

I am most grateful to the three reviewers who have worked to a very tight deadline to provide details of these important books for the Transforming Ministry website. 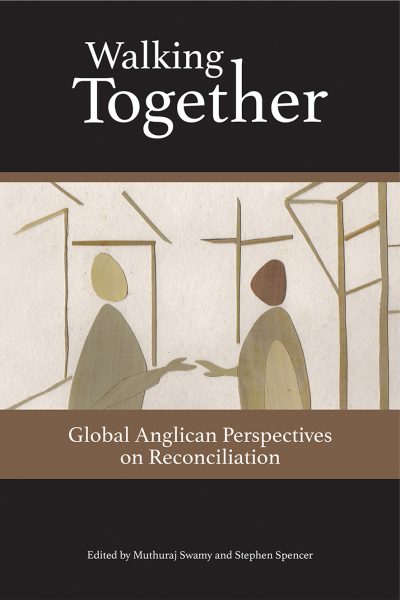 Many of the world’s most pressing problems seem intractable to human eyes. Even the most skilled diplomats have failed to reconcile the deep-seated issues and tensions between the Palestinian people and Israel, to give a hard example. And how will the issue of Russia and Ukraine ever be resolved? The different sides’ perspectives at times of conflict usually indicate unbridgeable gaps and historic hatred. Justice and truth are at a premium, and who has the right to make a valid judgement or to produce a settlement? As Archbishop Welby comments in his introduction, ‘Humanly speaking, the task is impossible,’ and there are no facile solutions. But he goes on the recognise God’s fundamental role in reconciliation, a role initiated through Jesus Christ, who pitched his tent among us, and died on the cross to reconcile humanity to God. This book is therefore designed to provide hope by using positive narratives from across the globe. It provides case studies which will give food for thought for the Anglican leaders meeting at Lambeth, and indeed for all Christians who are called to be peacemakers and children of God (Matthew 5.9), whether the dispute be small or substantial. One of the key questions for readers is, ‘How might individual churches (or dioceses or provinces) help to bring reconciliation to situations of conflict with social, cultural, religious or ethnic pressures?’ The editors of this book believe these narratives of hope may generate practical solutions across many tense communities.

When the individual narratives are studied, the scale of world problems is horrifying. These are ‘narratives of hope’ only because the writers are firm in their Christian faith, clear in their vision, and have eschatological belief that God will indeed heal conflict and division. I found this especially illustrated by the three African case studies. In Nigeria, there is daily danger to faith communities from the interfaith (Muslim-Christian) conflict, including from the extremist Boko Haram group. The state has failed fully to protect citizens against murder, rape and kidnappings. Nonetheless, many Nigerian Christians see windows of opportunity for their church to generate reconciliation, by helping victims (on both sides), eradicating historic misunderstandings and redefining mission to include elements of education and justice. In South Sudan, the world’s youngest nation, where there is a backdrop of brutal civil war and indescribable poverty, the Episcopal Church has been tireless in its efforts to broker peace, in particular through a Justice, Peace and Reconciliation Commission (modelling to some extent the work of Desmond Tutu in post-Apartheid South Africa). In Kenya, the paper by Rev Dr Lydia Mwaniki shows how women are indispensable in reconciliation processes, but are nonetheless completely marginalised by engrained patriarchal attitudes in her church. Her recommendations for the health and flourishing of a church with better gender equality are biblically based and eminently clear.

These and other examples from the Middle East, Asia and Latin America illustrate that the current issues and concerns of the Anglican churches of Europe and North America are almost trivial compared with the dangers and human misery of Christians in many Third World countries. The value of this book is not just in pointing to practical ways of reconciliation – it also illustrates to western eyes the terrible difficulties, but also the vibrant faith, of Third World Christianity. 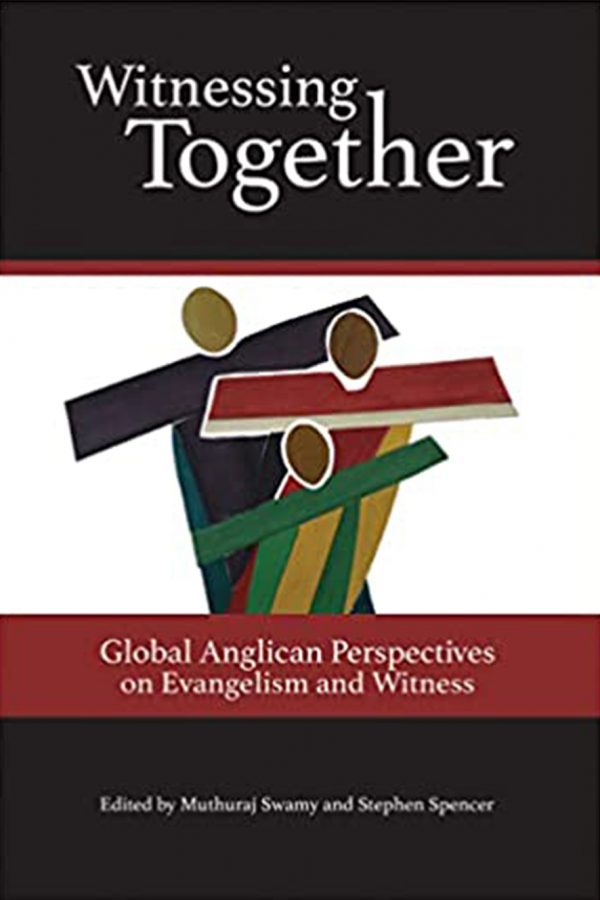 Witnessing Together:
Global Anglican Perspectives on
Evangelism and Witness

This set of essays and reflections will be the basis of discussion at the rescheduled Lambeth Conference. The Anglican Church has over eighty five million members across one hundred and sixty five countries. How do you witness and evangelise in the vastly complex world we live in, with competing ideologies and cultures?  The selection of essays here is an insightful collection, with reflections from many different situations. The collection is grouped geographically – so we hear African, Asian, Middle Eastern, Latin American and Caribbean perspectives to correct the often western way that evangelism has been conducted. The various authors analyse their situations and the way in which the gospel may be effectively communicated. This is a challenge and a time for reflection for the reader as we journey. How do you make the gospel clear when some cultures seem content to mix it with existing religious and non-religious views, often in a very incoherent way? These chapters often hold up a mirror to us – it is easy to be critical of others whose compromises might seem to be selling out of the message of Christianity whilst we are guilty of the same.

We must realise that in a world where many of our Christian brothers and sisters are in the minority, there are systematic attempts to stop the witness of the church. Yet for all their restrictions and cultural taboos, they are often showing the gospel in a way that makes the church of the west seem toothless and wordless. Evangelism has to be aware of this. The book urges us to identify the context in which we speak – is it a country where Christianity is a majority or minority faith?  It challenges us to learn from the developing world represented here, thinking how we can practically communicate the message. The authors quote Archbishop Justin Welby in saying ‘We are merely joining in the work that God has already begun. God himself holds the thread to every story.’

So is evangelism one thing or many?  Does the way we communicate the message change its content? We need to think carefully about that – the church has often sent subliminal messages about class, race or gender which it should not have done. Evangelism must be rooted in the fact that, as Stephen Spencer points out in his conclusion, ‘Jesus Christ is the same, yesterday and today and forever.’ There is a constant content to the message but the way we communicate it must change. We need, for example, to take seriously the increasingly secular and multi-faith nature of Britain. Any methods that suggest that we are calling people back to faith are often woefully misguided – we are not re-evangelising but evangelising. All churches need a mission plan which reflects the reality of their local community – being able to draw alongside it but also being able to prophetically challenge it to better through life in Christ and in the power of the Spirit. A thoughtful and important book. 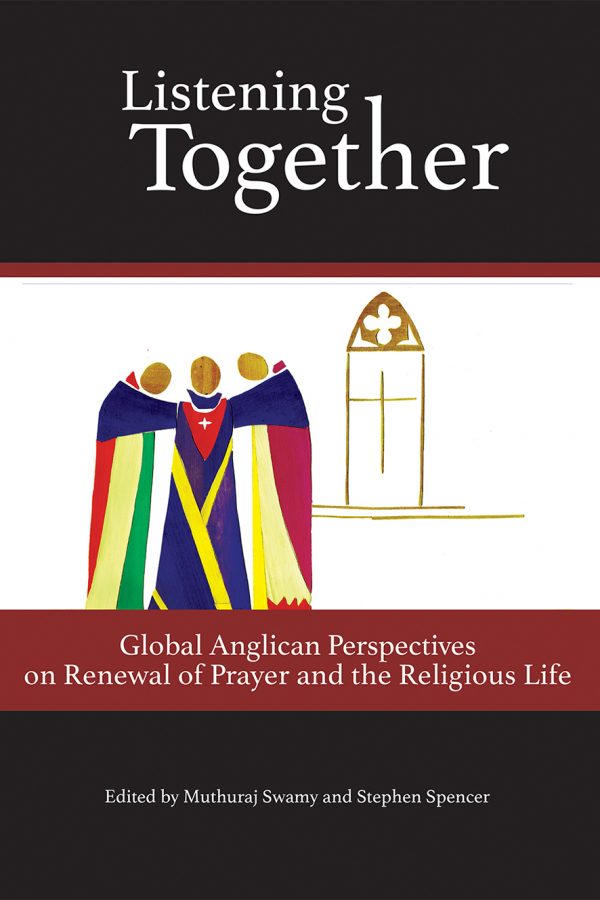 Listening Together:
Global Anglican Perspectives on
Renewal of Prayer and the Religious Life

This book announces itself as “a must-read book for Anglicans around the world”. It is the third in a series of three books on the Archbishop of Canterbury’s three priorities for the Anglican Communion, and is intended to help Anglicans from around the world discuss shared challenges and opportunities for mission and ministry. The focus of the book, as the subtitle suggests, is prayer and the religious life, which the Archbishop believes should be ‘an absolute priority within the Church of England but also across the Anglican Communion.’

Most of the chapters in the book are based on papers delivered at a Theological Education for Mission in the Anglican Communion conference (TEMAC) held in Kenya in May 2019. They reflect both the diversity of approaches to mission across the Communion and the many different ways in which the Holy Spirit has guided people through prayer and commitment to the religious life. As such they make an interesting read and will no doubt spark a lively debate.

However, the question arises – what will come out of the debate? – assuming there is one. In the concluding chapter, Stephen Spencer argues that this book is ‘unique in two ways. Firstly it is not just about prayer in general, nor is it just about religious communities, but about the latter in the context of the former, the life of religious communities as part of the life of prayer of all God’s people.’ I see two problems here. First, within the book there is no definition or clarification given as to what is meant by ‘renewal of prayer’, and for the most part, for example in the quote above, renewal is not mentioned. It is not clear whether it means renewal through prayer, or a renewed approach to prayer, and anyway, what is meant by renewal? Secondly, the emphasis on the religious life and religious communities as something distinct from the life of most Anglicans, certainly in the Church of England, is divisive and somewhat demeaning to the prayer life of many who are committed to living as best they can whilst being a member of secular society.

It is good that throughout the book there is recognition that prayer must precede and underpin all works of evangelism and mission, but surely there needs to be a move towards supporting ordinary church members in developing their own spirituality and faith so that the life and ministry of each parish can be enriched. Renewal of and through prayer should be an aim for the local church, with or without the presence of a religious community. Such an aim is unlikely to come from the debate to be held within and across the Anglican Communion – and I am not arguing that the debate should not take place. But from where I sit it feels like an emphasis on religious communities as the main agents of renewal is exclusive and unlikely to encourage ordinary church members to aspire to a deepened commitment to a renewed prayer life.