Batting for the Poor 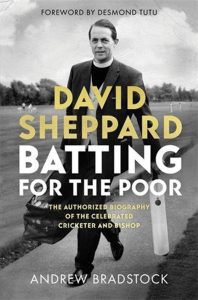 Batting for the Poor

This fine book is the authorised biography of David Sheppard (1929-2005), England test cricketer and Anglican bishop. After his evangelical conversion at Cambridge, Sheppard gradually realised his true vocation and retired from cricket, at the height of his fame and fortune, to seek ordination. He served with distinction in the deprived inner areas of London before appointment as Bishop of Woolwich in 1969 and Liverpool in 1975. As a priest he consistently preached and practised the social gospel and his books, Bias to the Poor and Built as a City, bear testimony to his concern for urban priority areas. He was the guiding influence behind the famous ‘Faith in the City’ report which drew the ire of Mrs Thatcher and her government. At Liverpool, his partnership with Archbishop Derek Warlock was a model of modern ecumenism which has seldom been matched. This detailed and well-researched biography provides a succinct history of the Anglican church in the late 20th century but, more significantly, provides a readable and attractive portrait of a sporting and Christian hero – an example for our age. It is highly recommended.