Are We Bodies or Souls? 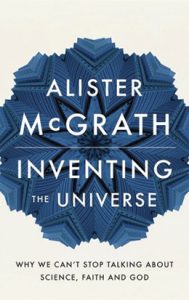 The purpose and direction of this book is difficult to comprehend and it is only in the last chapter that the author states his reasons. It is neither a ‘defence of either science or Christianity, but to explore what happens when they are allowed to speak to each other…’ The narrative of nine chapters forms partly around autobiography (I forget how many times he tells us he was a student at Oxford), extensive quotations from a wide range of authors and thinkers and the inevitable reliance on countering new atheists, especially Richard Dawkins whose name starts to dominate the text after a while. I found the lack of structure and repetitiveness irritating and detracted from some of the insights presented. I suspect most scientists would feel the same but if you want a taste of what an after dinner chat in an Oxford senior common room might be like, you might enjoy it.