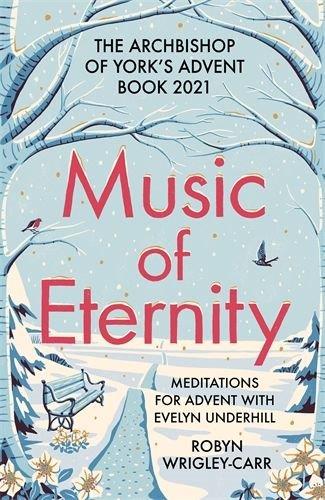 The idea of using the writings of Evelyn Underhill, a founding member of the modern Retreat Movement, to accompany the reader through Advent to Christmas Day is an inspired one and has been designated the Archbishop of York’s Advent Book for 2021. Readers are encouraged to sign up, either as individuals, or as a Group, to the ‘Big Church Read’ and receive extra materials and videos. However, how to do this on the website was not made very clear, but it might be easier to use the QR code supplied on the book. Divided into four parts each with short chapters on different aspects of the incarnation, readers are encouraged to meditate on the mysterious ways that God comes into their lives every day from Advent Sunday to Christmas Day. Throughout the book the reader is encouraged to make time amid the frenetic busyness of the season in order to, in Underhill’s words, listen attentively ‘for the music of Eternity’. I so much wanted to love this book, especially as one, who like Evelyn Underhill, attended their first retreat at the Chelmsford Diocesan retreat house at Pleshey in Essex. Although there is much to treasure here I have some quibbles about the way in which Evelyn Underhill’s writings have been adapted by Wrigley-Carr, and in distinguishing between them and the editor’s interjections. She claims not to have changed Underhill’s ‘meaning but . . . tried to modernise the language’ to make it ‘more accessible to contemporary readers, particularly young people’. I am not sure she always succeeds in this, especially when she substitutes ‘dizzy’ for ‘muzzy’, or that ‘courage’ quite equates to ‘fortitude’; and what is so difficult about ‘thwarts’? It also denies the younger reader a connection with the past. But to be fair, with the help of Google searches, I have been able to track down some passages that have been quoted verbatim. I realise that this book has a higher purpose than deserving such nit-picking, but it made this reader go searching for Underhill’s thoughts in her own words. I am also not sure that choosing paraphrases from the Message Bible for the psalms always works very well especially when it uses phrases such as ‘Praise-Lofty’ for ‘who is worthy to be praised’ from Psalm 18.3. It would also have been useful to footnote the occasional mentions of people quoted in the extracts, such as De Causade in chapter 3. Despite these reservations this book is a welcome tool for those who want to escape the distractions of the secular celebrations and to ‘cultivate an inner stillness . . . so we may attend to what we usually miss amid the busyness of the Christmas season’.

An Advent Book of Days 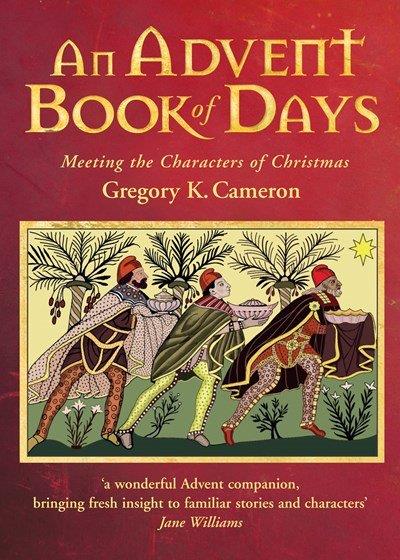 An Advent Book of Days

This book of reflections for Advent by the Bishop of St Asaph will be a wonderful companion during the busy days in the run-up to Christmas. Based on the medieval books of hours, there is a chapter for each day of December leading up to the 25th. Drawing on the Bible, history and legend, the author gives us a comprehensive and informative overview of the facts and stories which are associated with the birth of Jesus. Each chapter takes as its theme a character, symbol or place, from the Virgin Mary and the Angel Gabriel to the ox and ass and the little drummer boy. Familiar and less well-known topics are explored in the light of tradition, underpinned with fact and anecdote drawn from a rich variety of sources. The last section of each chapter is a spiritual reflection ending with a prayer. Gregory Cameron is also a skilled artist and iconographer. Each day’s reading is headed with one of his own illustrations adapted from famous works of art: his descriptions of the original paintings add an extra dimension to the narrative. The text also exists as an e-book but to read it online would be to lose the charm of the printed edition which is of high quality. I thoroughly recommend this book for the writer’s ability to inform, entertain and inspire. 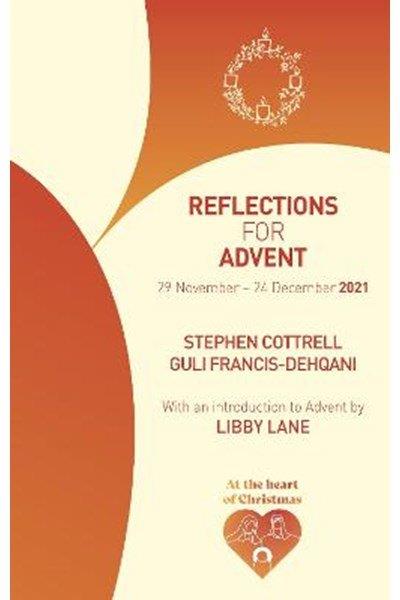 Four distinguished Anglican bishops have contributed to this little book of reflections to accompany morning prayer throughout Advent. Libby Lane introduces the season as a time of ‘desire and danger’ – for the eternal hopefulness of Advent also means confronting death, judgement, heaven and hell – creating, in her words, ‘a momentous, seismic season.’ Rachel Treweeke’s contribution is to show how the rhythm of daily morning prayer can be built into our lives as we seek to go out to love and serve the Lord. But the substance of the booklet is the series of daily reflections, based on the lectionary readings, firstly from Stephen Cottrell (29 November to 11 December) and then by Guli Francis-Dehqani, until Christmas Eve. Their wisdom is palpable and memorable. There are no bland platitudes, but much food for thought, ably blending challenge and comfort. This book is therefore a valuable and inspiring spiritual accompaniment to a season of short, dark days – a time with a growing need for reflection and devotion. 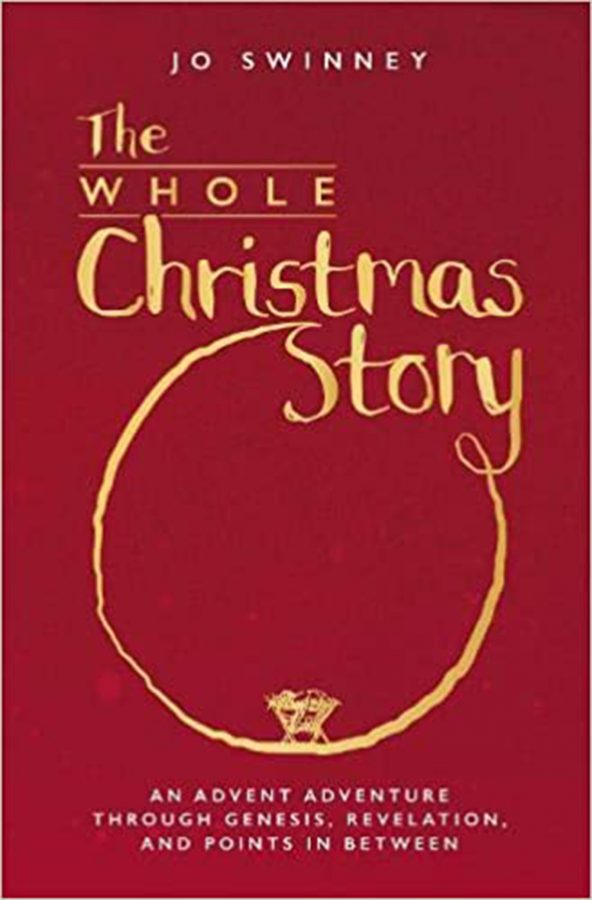 Jo Swinney has produced a thoughtful and very readable book for Advent. The subtitle says it is ‘An advent adventure through Genesis, Revelation and points in between’. The selection of readings, prayers and reflection that suggest ways to develop the spiritual life are well presented and are a challenging read.  The book in part has been reshaped as the author came face to face with a personal tragedy. It will be with me during Advent, enabling me to stop and consider during the time of preparation for Christmas. 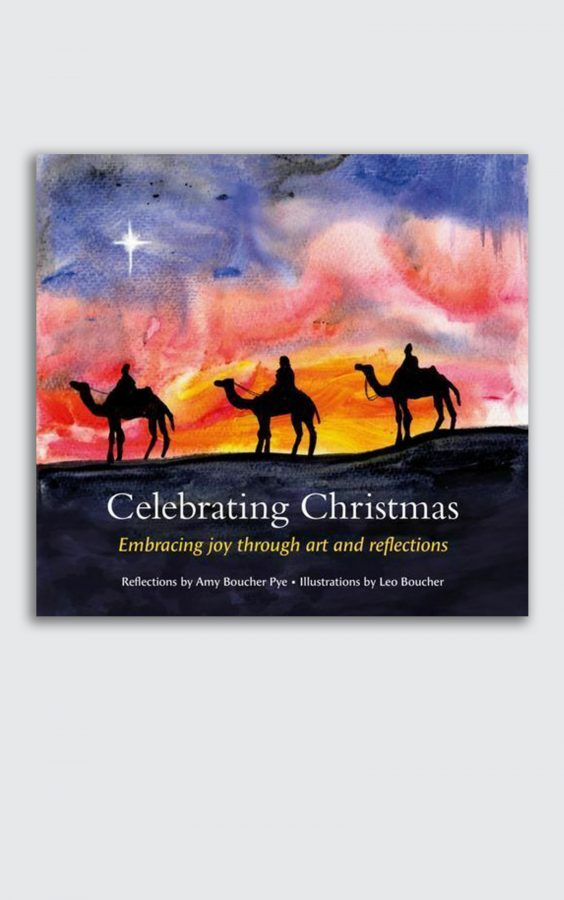 This beautiful book has been written and illustrated by a father and daughter team. It is divided into four parts which could be used during the four weeks before Christmas. Each part is made up of several short sections comprising scripture, a reflection by the author and an illustration. Amy, the author, encourages us to think more deeply about a particular aspect of Christmas. She also gives us an insight into her childhood memories and why they are so special to her. She then closes each reflection by leaving questions with the reader; questions for us to ponder and pray about. Leo beautifully illustrates the theme with his paintings. This would make an excellent small gift which could be used year after year and still stay fresh.